How I (we) Went From Fast Food To A Successful Online Business. 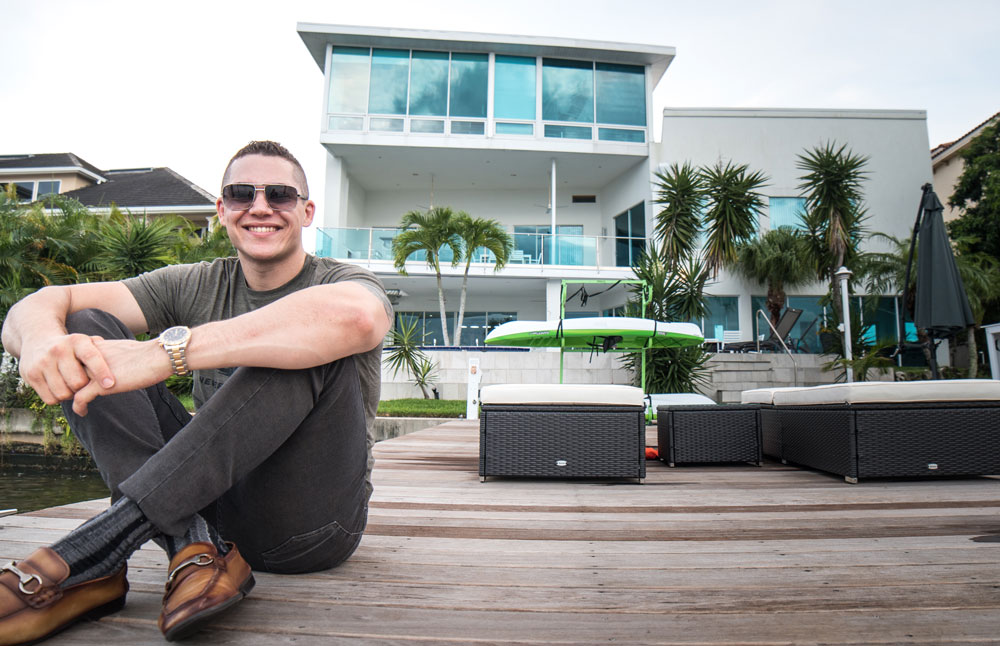 Hi, my name is Matthew D. Alkman, and I want to share with you a little bit about my history in the quickest way possible..

I grew up in a small town growing up where the population was 900 people, and needless to say, there wasn’t a lot of learning about the real world.  Like most, I struggled due to lack of knowledge in a materialistic world.  I scratched and clawed during and after high school working at Subway making sandwiches and was promoted to manager at the age of 19.  During this time, like many teenagers, I was fighting addiction.  After getting clean at the age of 21, I told myself it was time to get serious.  I hadn’t completed tech school yet, as I was going to tech school for computer network, but i was able to land a new job at Jack in the Box that helped me get a car and get back to school.

About a year later, while in tech school, I saw a table setup where they were offering call center jobs.  Everyone said it was a great way to get into IT and tech support before we got our degree.  Sure enough, I nailed the interview and was hired July of 2007, months before 23rd birthday.  I tried to balance both jobs for a little while, but i was quickly promoted at the call center job so I had to quit Jack in the Box once and for all.

Feeling great, I felt like I had finally made it.  I was promoted again in 2010 to “Call Center Supervisor”, super proud of the relationships that I gained and at the same time, a big increase in pay compared to the 12 dollars an hour I was making as an ordinary agent.  I worked REALLY hard to be the leader of the team, and made it.

The call center job was great, and I lead the team to numbers that seemed impossible to make years prior.  Developed knowledge management and had 20 people reporting to me.  But suddenly, as usual with life, things took a change in 2013 when the help desk was outsourced to India.  When it was outsourced, I was brought on for the client as an employee to help with the trainsition, but it wasnt the same as the supervisor role that i fought so hard for.  Now, I was helping an India team, a struggling India team, and i couldnt make as much of an impact as I could with agents sitting next to me.   Politics get involved, and like most, the Corporate world was exposing itself and almost everything about it went against my morals and ethics.

Many things occured after 2014, I was promoted again in 2015 but after that, I started to help out all kinds of departments within IT to progress the business and I felt my love for help desk fading away.  In fact, my love for the corporate environment in general was fading away.  I read Tim Ferriss’s “The Four Hour Workweek” in late 2015 and it really got my mind racing.

Once again, like many of us, it was time to change.  Why didnt I have my own business yet?  What was stopping me?

In 2016, on the weekends, I began to study marketing and how people setup “funnels” for products or services they like to promote.  The more I searched making money online, I saw scams, yes, but more so I saw real opportunity to be ethical and actually expand with real hopes and dreams.  The internet allows us to sell any product we can create, services too, so it allows us to be creators, too.  Ways to allow our creation outward, and not just be someone who is told what to do everyday.

I realized that since the internet was a big place, I had a lot of work to do.  So i learned, tried to setup my first website by hiring someone 100 bucks and was screwed over with a junky looking 1999 website that wasn’t even mobile friendly!  I realized that every piece, such as a forum, or ways we envision communicationa nd interaction on the website was more and more cost.  So I had to learn WordPress first, the plugins, etc.  At the same time I bought another book called “DotCom Secrets” by Russell Brunson and I was hooked even more!  this book talks about how to structure everything and gives you a framework to collect people who are interested in you, and stay in touch with them.  Web design, traffic, advertising and much more had to be learned, so it took me a couple years and LOTS of trial and error that I documented along the way.  In fact, my MAIN training I have offered ever since is an entire training on stuff that I know people will fail on (like i did!) and how to AVOID it!  (saving 2 years of your life, probably!)

Anyway, long story short, I finally did it.  I realized that the internet allows us to have relationships and those relationships can be bucketed into a system that can turn relationships into dollars.  Thats the real way to make money online.  Its not a scam if you believe in products, believe in services, and almost as if you were a friend recommending something, tell people why it sucks and why its good.  What they will deal with and what’s great.  We are all here for many reasons and all have a story like I have.

a called Spring Hill. Pretty much no one from this town ever got out, let alone achieve anything great. And it was my goal to be the exception to the rule, but I just never knew how.

Anyway, thats my story – please check out any of my links.  My main focus (that also began seriously around 2014) is health and wellness – spiritual health and wellness, the real way, and so on.  But I always told myself that once I made it in business, in ANY business, I would give back, and that’s what this website is all about.